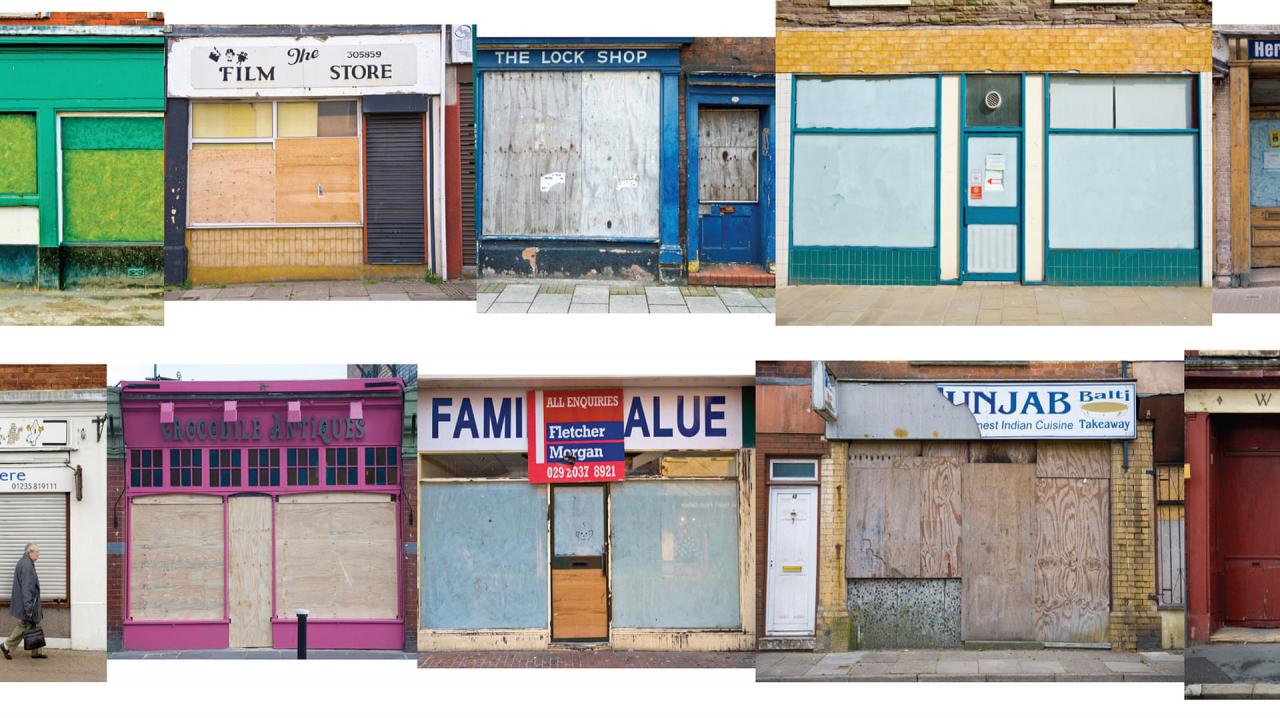 So, where do I park my flying car?

Nothing ages so badly as a previous generation’s picture of the future.

Blade Runner was set in 2019. This, as you may have realised, is the year you’re living in now. Harrison Ford chased androids around a Los Angeles that had flying cars but no Starbucks.

Business suffers from the same malady as science fiction. The same social and technological changes that make, say, Dan Dare look a bit daft in retrospect*, have a nasty habit of rendering business models obsolete.

For proof, look no further than our town centres.

Around 85,000 jobs disappeared from British High Streets in the first nine months of last year. According to some sources, around 900,000 jobs may disappear over the course of the next decade.

And it’s not just small and medium-sized businesses who are suffering. House of Fraser is closing half of its stores. Big names like HMV, Maplin and Toys R Us have closed down altogether.

So what’s behind this crisis? Let’s put it this way. What’s the biggest difference between the 2019 of Blade Runner and the 2019 you actually live in?

If modern-day crime agencies were hunting real-life rogue androids, they’d at least make use of email. And the internet has not only changed how we communicate, it’s also revolutionised how we buy stuff.

Currently around one in five transactions is made online, compared to one in a hundred in 2001. And that number is only going to grow. When asked why they preferred shopping online to visiting stores in person, 73% of consumers stated that ‘ease’ was the main reason. (https://bit.ly/2VIRETg)

This is why travel agencies are leaving the High Street and coffee houses and charity shops are moving in. Booking a weekend in Barcelona is easily accomplished from the comfort of your living room. No one goes online for a toffee macchiato or a pair of second-hand trousers*.

This doesn’t spell the end for offline retail, but it does mean that businesses will have to adopt imaginative approaches.

Put it this way: If Blockbuster Video had gotten into the streaming game, rather than stick to an outmoded business model, we may never have heard of Netflix.

Some companies have adapted successfully. Argos is an example of a firm who have remained ahead of the game. Their ‘click and collect’ system – which reimagines stores as ‘collection points’ for items customers have ordered online - is a successful adaptation to new business realities.

So how can our High Streets endure?

Let’s face facts: Customers don’t have to visit stores anymore, so businesses need to find new (and creative) ways to make it worth their while. Companies willing to embrace ‘omnichannel’ strategies – featuring cleverly integrated online and offline business models - are more likely to survive the consumer revolution.

And as more shops close, planners need to consider imaginative uses of vacant space. High Streets that offer variety – incorporating office and business space - are more likely to endure than those reliant on traditional retail.

Well-thought out parking policies help too (https://bit.ly/2YFaTKz). And not least because flying cars are likely to arrive on the market sooner than you might think (https://bit.ly/2HtLhZW).


*Dan Dare, a comic book published from 1950-1967, was set in the late 1990s. The UK operated a space fleet – based near Formby - but everyone spoke like they were in Biggles.
**TBH, drone-delivered flat whites are just a matter of time.