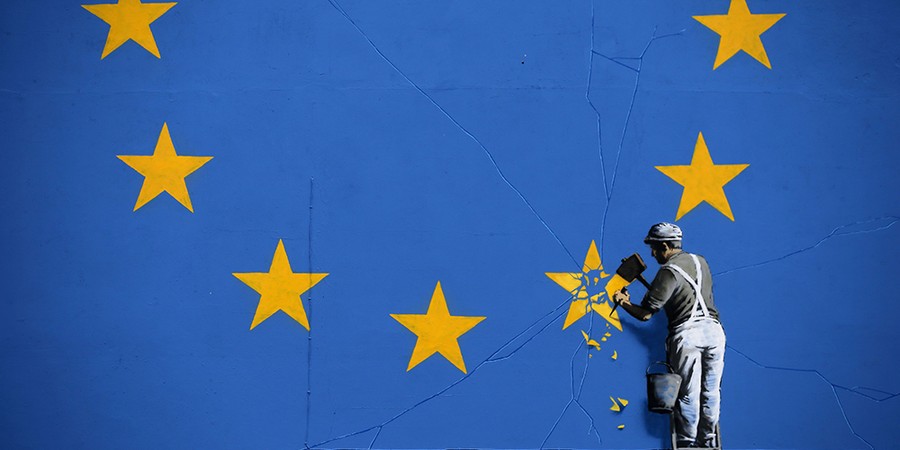 Brexit: The Storm before The Calm

‘May you live in interesting times.’
Ancient Chinese curse.

Our brief was simple: Write about Brexit – described by one newspaper as ‘the worst domestic political crisis since Suez’ (1) - but make it light-hearted.

If there’s one thing we can all agree on – Leaver and Remainer alike – it’s this: No one knows what’s coming next.

As of writing, the Brexiteer coup is a distant memory, and May looks set to remain PM for a while longer. Probably. The EU has signed off on the deal, but the Commons may still vote it down… And then? Who knows…? While the Hard Brexit favoured by the Eurosceptic Right failed to materialise, the prospect of a No Deal Brexit seems increasingly likely. Perhaps. Or perhaps not. Who can tell anymore?

Political confusion is bad for business, of course. Uncertainty is to markets what kryptonite is to Superman.

Mark Carney, Governor of the Bank of England, has stated that this period of economic limbo will persist for so long as it takes the UK to redefine ‘its openness to the movement of goods, services, people and capital’ (2). So, get comfortable – we’re going to be here a while. Remember, the current deal isn’t a final agreement on how Britain and Europe will work together in the future, it’s largely an agreement on common ‘aspirations’. After months of torturous negotiation, we still have years of torturous negotiation ahead of us. Yay.

Okay, so let’s try to cheer you up.

No, things aren’t great. We’ll admit that. But the chaos many predicted has yet to materialise. It’s worth nothing that in the days following the referendum both travel bookings and property prices fell (betraying a lack of consumer confidence), only to stabilise later. When confronted with the unknown, consumers panicked – only to regain their confidence when the economy didn’t spiral out of control.

The deadline for this stage of the process is March 30th. No matter what happens (remember, there’s still a chance we may end up with no deal at all…), at least by then things will be clearer. Until then, we can only guess what a post-Brexit Britain will look like

Clarity will come in time, and with it, stability. Think of this period as the storm before the calm. It’s just that we don’t know when the storm’s going to end… Or what the UK’s going to be like when it’s all calmed down.

Let’s hope we get a little clarity soon.